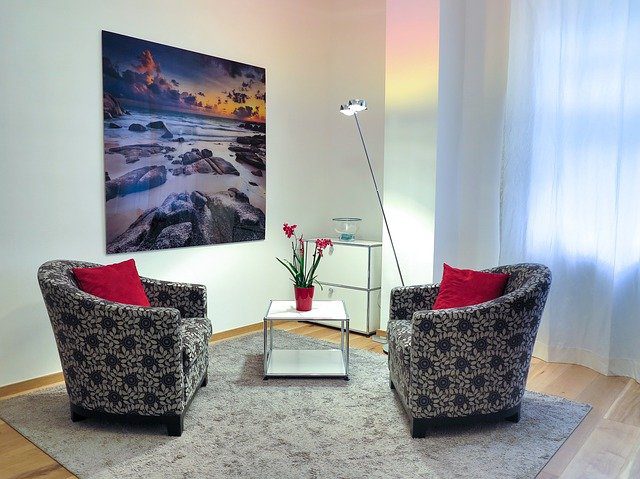 To love and to cherish, ‘til death us do part. In sickness and in health. For richer or poorer.

These vows are traditionally taken at weddings. Marriage is intended to last forever, with both parties loving and caring for each other for the duration of their lives with only death being the cause of eventual separation. Although every marriage will encounter its share of difficulties and affairs, the married couple is expected to support each other throughout, maintaining their unity and letting nothing come between them. But sometimes that is not the case. Sometimes one party will seek comfort and support in the arms of someone other than their spouse. Doing so requires going behind the other’s back, abusing their trust. What could motivate someone to do that? Why subject your other half to such hurt and betrayal? What could the possible benefits be?

The answers to the above questions are more numerous than you may think. Some of them may even surprise you. Let’s take a look at some of the reasons why affairs take place. To begin with, some married couples may feel they have tied the knot too young, and have not lived sufficiently before making the ultimate commitment. This may manifest itself in the need for thrills and excitement, particularly in the form of dating, which the person embarking on the affair may feel have been tempered or even restricted by the duty and permanency of marriage.

A common reason why extramarital affairs occur comes when the marriage is made for reasons other than love. This is especially true of arranged or forced marriages. A classic example of the former concerns the marriage of Prince Charles and Princess Diana, which took place chiefly to produce an heir to the British throne and not because the two parties loved each other.

Prince Charles was already in love with another woman and the lack of love and affection he bestowed on Diana inevitably led to her embarking on affairs of her own. In some traditions, husbands are selected for brides by their parents or guardians, usually to secure some position of influence or wealth, regardless of whether the couple is compatible. Failure to do so results in punishment or disgrace.

It is usually extremely dangerous for the person concerned if an extramarital affair grows out of this situation, but the search for true love often outweighs the danger.

A sudden, serious change to one’s life can be grounds to seek comfort and solace with persons other than the spouse. For example, a death in the family, serious financial difficulties or unemployment can all lead to a serious dent in confidence but also in judgement. It is not unthinkable that someone may wish to seek support and guidance from someone unconnected to the circumstances and unrelated to the family and that this can develop from a platonic friendship into a full-blown affair.

It may come as a surprise but becoming parents can also lead some men to go astray. The routine they have become accustomed to in marriage, going to places with their wife whenever and wherever they please and spending all their time together changes entirely. The child becomes the priority, the environment in which they live changes drastically and the opportunities to spend time alone together diminishes. Some men yearn for the time before they became fathers and can feel like they are playing second fiddle to the child. These feelings may lead them to fill in the void they feel has opened by pursuing an extramarital affair.

It is also possible for an affair to develop as a result of one of the spouses feeling dissatisfied with the marriage. They may feel as though it is sexually unfulfilling, or wanting in other ways.

For a number of reasons including a lack of communication and a lack of time to spend together, a married couple can gradually grow apart. If they are not honest with each other, if they do not share their problems, if they do not listen to each other and if they do not set aside some time for each other, the temptation to seek out someone with whom they do connect emotionally grows stronger until an affair inevitably materializes.

A married people should have at least one mutual interest that they can pursue together. If a couple has no interests in common, the act of absorbing themselves in their own desires and pursuits can eventually lead to a wide gulf establishing between them. This can also open up the possibility of one or the other meeting someone who they do have more in common with. As time progresses, this bond over one or more interests can lead to a full-blown extramarital affair.

It is even possible for someone to take advantage of a work colleague and conduct an extramarital affair simply so that their liaison can advance their career.

Lastly, some people may embark on an affair owing to personal baggage they carry from their childhood. Neglect, abuse and repeated betrayals of trust can all lead to people being either unable or unwilling to commit to full-time relationships.

According to the Institute for Family Studies, men are more likely to cheat on their wives than vice versa. Men also tend to express their love physically than through a spoken or emotional method. Whatever the reasons one may have for starting an affair, be it a cry for help, a means of getting out of an unwanted marriage or through sheer spite, there is no doubt that being an unfaithful partner has lasting consequences, especially if children are affected. However, if both spouses are responsible and are ready to admit to their faults, it is possible for the marriage to survive an affair.

Please feel free to link to this post. Please do not copy – its owned. No reproduction permitted.